Articles in this section

The Suprema devices can be used as an access control unit itself, but there may be a situation where the units need to be connected to 3rd party access controllers via wiegand as an intelligent reader providing fingerprint or face authentication. In this case, there will be needs to send out a wiegand signal after a successful authentication. In BioStar 2, the concept has been set to send out a specific wiegand value based on what credentials the user has and which are used.

When the device is set to send out a wiegand signal on a successful authentication, the way it operates will be different based on the credentials that were used.

In BioStar 2, up to 8 cards can be allocated to a single user. 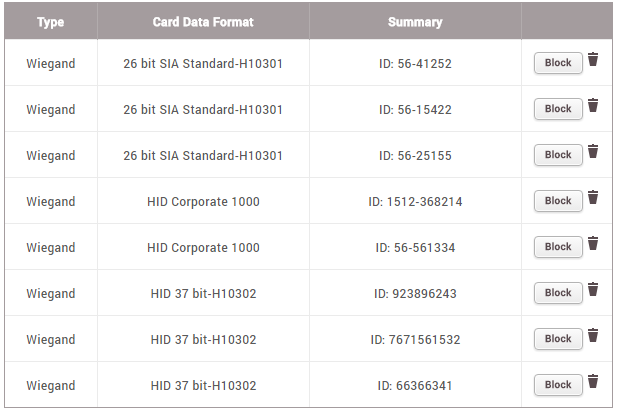 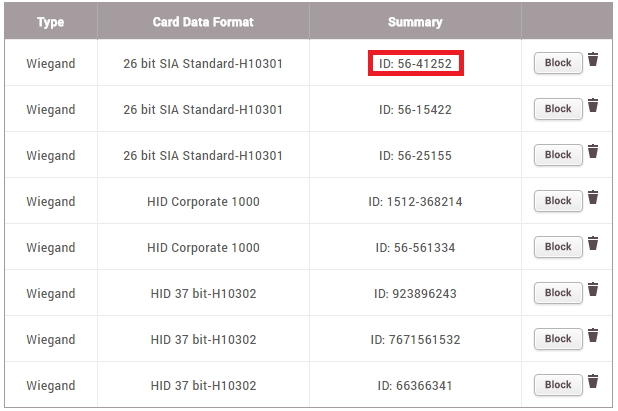 There will be situations, where the user doesn't use a card but needs to send out a certain value via wiegand. In this case, it will be essential to manually register a card ID to the user.
1. Enroll a card by setting the 'Registration Option' as 'Enter Manually'. 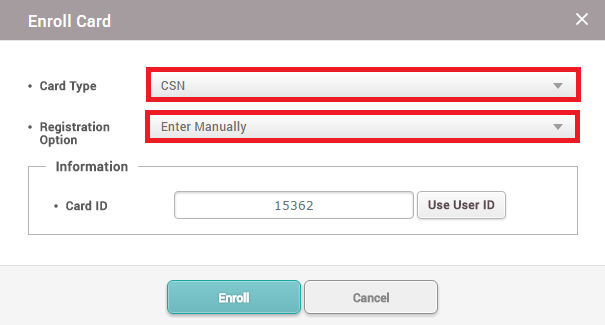 2. It is also possible to easily use the user ID as the card ID by clicking the 'Use User ID' button. 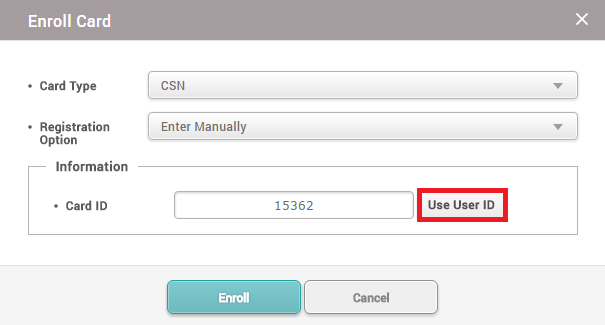